Bioidentical hormone replacement therapy uses hormones that are chemically identical to the ones produced by the human body and they can be useful to safely treat a wide range of symptoms and conditions.

Hormone replacement therapy got a really bad reputation after some studies showed that it was increasing the risk of heart disease, stroke, and certain cancers; however, those studies were using hormones derived from horse urine (Premarin) that are rather different from the ones naturally produced by humans. In addition, these hormones were being given orally, meaning they were metabolized by the liver before reaching the rest of the body, producing a number of unnatural metabolites. Another drawback of taking hormones orally is that it causes abnormal spikes and drops of the hormone levels within the body on a daily basis. Bioidentical hormone replacement therapy with pellets is carefully formulated to avoid all of these problems.

What Are Bioidentical Hormones?

Most bioidentical hormones are originally obtained from yams and soy. Chemicals similar to the hormones in women are extracted from these plants and then subjected to laboratory manipulation to produce hormones (estrogen and progesterone) that are chemically identical to the ones produced by the human body. Thus, bioidentical hormones are produced by processes that do not harm or involve animals such as horses in any way; they are vegan and cruelty-free. In most cases, the hormones are compounded in a special laboratory for each specific patient to provide the exact dosage of hormones that each patient needs instead of being provided in cookie-cutter dosages designed around the “average” patient.

The hormones can be delivered in a variety of ways, including pellets implanted under the skin that slowly dissolve. Oral pills are generally not used for providing bioidentical hormones because they cause hormone levels to fluctuate throughout the day, and orally consumed hormones are processed through the liver, which can convert them into metabolic products with potentially toxic effects as mentioned briefly above.

During menopause itself, these symptoms usually intensify before finally going away. However, even after menopause, the lack of estrogen can cause symptoms like loss of bone mass, fatigue, and hair thinning. In all of these cases, properly balancing and replacing the hormones can relieve these symptoms.

In order to fully understand how bioidentical hormones work, first some basic knowledge of the normal hormonal fluctuations during the menstrual cycle, perimenopause, menopause, and post-menopause is necessary.

During menstruation, both estrogen and progesterone are very low, which causes the uterine lining to be shed. Then, the estrogen level slowly rises as an egg matures and it peaks shortly before the egg is released and then begins to decline until the next cycle. Progesterone levels begin to rise after the egg is released, then sharply decline, triggering menstruation. Women who suffer from premenstrual mood problems seem to be primarily reacting to the declining level of estrogen as they approach menstruation.

As women start to approach menopause, the natural menstrual cycle starts to become aberrant due to the ovaries no longer producing eggs easily and on schedule. While overall estrogen and progesterone levels gradually decline throughout this period, they can also fluctuate wildly, showing erratic estrogen spikes and drops. These hormonal changes seem to trigger the constellation of perimenopausal symptoms given above. In addition, some women experience very heavy bleeding during menstruation because the lower levels of progesterone allow an abnormally thick uterine lining to develop. As perimenopause progresses, periods become increasingly less frequent as the woman approaches menopause.

Menopause is defined as the point at which the menstrual cycles completely stop. Due to the erratic nature of the menstrual cycle toward the end of perimenopause, this exact time point is often unclear because women may go for extended lengths of time between periods, so doctors use the definition of no periods for a year to define a woman as definitely in menopause. Alternatively, blood tests for various hormones can help establish for sure a woman has reached menopause.

After menopause, estrogen and progesterone levels stabilize at a low level. Most of the symptoms of perimenopause go away, but the low hormone levels can cause vaginal dryness and atrophy, as well as gradual bone loss, leading to osteoporosis. There may also be changes in libido, but this is inconsistent, with some women experiencing decreases in libido while others experience increases and most do not notice any change at all.

Because perimenopausal symptoms go away after menopause, most women discontinue the use of bioidentical hormones. After menopause, symptoms of vaginal dryness and atrophy can easily be treated with topical estrogen creams applied to the vagina itself. However, post-menopausal bone loss can lead to devastating effects such as multiple fractures. Hip fractures in the elderly are usually caused by osteoporosis, and a significant percentage of elderly individuals do not survive a hip fracture. Thus, women thought to be at high risk of developing osteoporosis might want to consider bioidentical hormone replacement therapy during and after menopause in order to prevent bone loss from occurring. Risk factors for bone loss include:

In addition to bioidentical hormone replacement therapy, getting sufficient vitamin D and calcium and engaging in weight-bearing and strength-training exercises can help preserve bone mass.

Another use of bioidentical hormone replacement therapy after menopause is treatment of thinning hair. Although balding is often thought of as a man’s problem, around 40 percent of women experience hair thinning starting around the time of menopause. Although obviously not a fatal condition, thinning hair can cause serious self-esteem and quality of life issues in the affected women. Most of the treatments for thinning hair developed for men are not effective in women. However, a combination of minoxidil and bioidentical hormone replacement therapy can stop thinning of the hair and even stimulate regrowth of the hair.

After giving birth, women’s hormone levels fluctuate wildly for a few weeks, which can trigger postpartum depression. An estimated one in seven women will develop some level of postpartum depression ranging from feelings of sadness to full-blown psychosis. Even feeling mildly depressed can impair bonding with the infant, make it difficult to care for the infant, and cause friction and stress with other family members such as the father. Some studies have shown that taking a short course of bioidentical hormones after giving birth can prevent and relieve postpartum symptoms. Women who had a previous bout of postpartum depression might want to consider taking them after subsequent births to prevent the condition, and women who find themselves suffering from postpartum depression that is severe or prolonged might want to consider taking them for a short period of time to relieve the symptoms and prevent psychosis from occurring.

Although everyone is familiar with experiencing minor mood swings immediately prior to menstruation, some women experience such severe mood swings during this period that they cannot function normally for several days. This used to be called PMS, but the most severe cases are now called premenstrual dysphoric disorder. In order to be diagnosed with premenstrual dysphoric disorder, severe symptoms that disrupt a person’s ability to work and live occur during the premenstrual period in every cycle. Doctors generally treat milder cases of PMS by prescribing regular oral contraceptives, which can relieve mild symptoms, but they don’t seem to be very effective in treating premenstrual dysphoric disorder. It generally responds better to a combination of antidepressants and low-dose bioidentical hormone replacement therapy that delivers estrogen and progesterone at a steady, slow dose.

If you or a loved one might benefit from bioidentical hormone therapy, consider visiting Nourished MedSpa & Wellness Center in Sherman, TX. Contact us today to schedule your consultation! 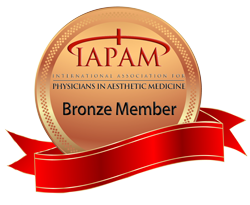